Ever since the Ryzen CPU platform was launched back in 2017, it has become the most popular choice for consumers. Ryzen has increased AMD’s visibility and brand value tremendously.

AMD is continuing on its winning streak with Ryzen 3000. If you are new to AMD or PC gaming, you may be confused about which motherboard to choose.

More specifically, you may be thinking of the B450 vs X570 chipset and how they may be suited for your varied applications. But fret not! We are here to give you the best advice on selecting the right motherboard for your requirements.

Getting the right motherboard depends a lot on the purpose of the machine you are going to get. Here we will analyze in detail the chipset specifications of AMD b450 vs x570.

In this review, we will explain questions such as what is the difference between x570 and b450? What is the best buy? Etc.

We would give an unbiased review based on facts, numerical specifications, and other considerations such as forward/backward compatibility with AMD Zen and Ryzen generations, etc.

We also give additional information, such as the basis of naming distinctions. If you use it for a standard gaming purpose, there is not much difference between AMD b450 vs AMD x570.

You can get the job done with any one of them.

Detailed Comparison between B450 and X570 Motherboards

B450 is a mid-range performance motherboard, and X570 is a high-performance one. Since both of them come from AMD, they have many similarities in terms of form factor, socket, etc.

Here, we intend to help buyers who want to get the best one by comparing both these in detail. It includes technical specs, performance, and features that enable you to make the right decision for buying a motherboard.

X570 also has two M.2 slots, wherein one supports the PCIe 4.0, giving you the options for faster SSDs. B450 offers one slot for NVMe and SATA drives. However, X570 is costlier.

Apart from the differences in I/O ports, the major advantage for X570 is the inclusion of a 500 series chipset which is a higher-performing chipset. This secures X570 for supporting future CPU architectures.

X570 supports the unreleased Zen 3 architecture, which is yet to be launched, while B450 supports only Zen 2 CPU architectures. The 400 series will support up to Ryzen 3000 while the 500 series supports Ryzen 4000.

For most buyers, this future compatibility is the main driver for purchasing X570 motherboards rather than B450 even though they are comparable in most aspects, including handling overclocked CPUs.

Factors to consider before buying B450 or X570 motherboard

It is best not to make decisions in a hurry when it comes to PC components because the decisions you make now will affect you at least 5 years into the future. To make matters complex, often products from different brands provide you comparable performance in most criteria.

You may not be able to find a product that is superior in both features and cost. If you are on a tight budget, you will need to decide which features are must-haves and which ones you can live without.

You will need to compromise and look for tradeoffs between performance, compatibility, and cost.

So relax and analyze what is really needed and suits your purpose. Here are a few questions that you need to have addressed before going further.

It should also be noted that a clear build plan of the required components is mandatory for those who are new to assembling PCs.

This helps you stay within the budget, get the best possible components for your PC, and ensure that the chosen components are compatible with one another. You can find tutorials for making PCs to get a better idea about it.

Once you are clear with the answers to the questions about budget and performance, you can move on to selecting the right motherboard for your PC and decide which is best among B450 Vs X570.

First, a brief history about B450: the B450 is an older release compared to X570. It was launched in the market nearly one and a half years ago.

While B450 has lesser features, it is worth considering because of its lower price and well suited for gamers on a limited budget. You can easily get B450 at $80.

Don’t doubt the performance because of the low cost. With a good GPU, you should be able to play newly released games with maximum clocking.

Therefore X570 is marketed towards professional gamers who need features such as overclocking and dual GPU etc.

Maybe you are impressed by the latest motherboard releases by AMD, but you don’t know how they perform compared to each other!.

X570 is at the high-end performance while B450 is at the value segment with mid-range performance. To know which motherboards are worth your time, you need to analyze the relative merits and demerits of both gigabyte b450 vs x570.

As different brands try to compete in the market by providing additional features in the motherboard, we have zeroed in on technical features for our comparison.

Therefore, you should easily compare motherboards from different brands such as Gigabyte, Asus, or MSI on technical grounds.

What do you think? 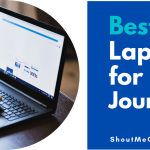 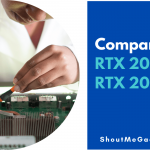 No posts match the widget criteria

Please check if there are posts that match all the below criteria. If not, remove the wrong ones in the widget settings.

Hey Friend! Before You Go…

Get the best viral stories straight into your inbox before everyone else!

Don't miss out on new posts!